The History of The Picture Book 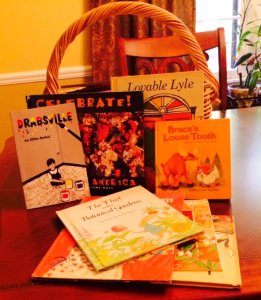 November is picture book month which made me wonder what is the history of the picture book?  I was surprised to learn that the date of the first picture book goes back to 1658.  Orbis Pictus, a book by John Amos Comenius was the earliest illustrated book specifically for children.  The format was more like an encyclopedia and was illustrated with woodcuts.  Eighty-six years later in 1744,  A Little Pretty Pocket-Book,  by John Newbery was the earliest illustrated picture book marketed for pleasure reading in English.  Another one of the earliest examples of modern picture book designs was  the German children’s book, Stuwwelpeter, (Shaggy Peter), in 1845 by Heinrich Hoffman.  It is surprising to note that the earliest fairytale books were sparsely illustrated in the early 19th century including those by the Brothers Grimm and Hans Christian Andersen.  Not until the middle of the century were children’s books being published with more illustrations.  Some of the early illustrators of these books included Gustave Doré, Fedor Flinzer, George Cruikshank,[4] Vilhelm Pedersen, Ivan Bilibin and John Bauer.

One of the most highly successful books at that time(1866) was Lewis Carroll’s Alice’s Adventures in Wonderland, illustrated by John Tenniel. One can only imagine the excitement among its readers that book must have brought.  At the latter half of the 19th century, toy books were very popular.  They were more pictures than text and were illustrated in color as illustrations instead of photos. Some of the illustrators during this time were Randolph Caldecott, Walter Crane and Kate Greenway.

In the late 19th and early 20th century a small number of American and British artists made their living illustrating children’s books, such as Rose O’Neill, Arthur Rackham, Cicely Mary Barker, Willy Pogany, Edmund Dulac, W. Heath Robinson, Howard Pyle, or Charles Robinson. Generally, these illustrated books had eight to twelve pages of illustrated pictures or plates accompanying a classic children’s storybook. There were a few British and American  illustrators making their living by illustrating for children’s books during this time. Cover of Babes in the Wood, illustrated by Randolph Caldecott

Beatrix Potter‘s The Tale of Peter Rabbit was published in 1902 to immediate success (according to Wikipedia). This was followed by a series of books that became very popular for the author.  In 1937 a successful graphic artist and humorist, Theodor Seuss Geisel, also known as Dr. Seuss published his first book for children, And to Think That I Saw It on Mulberry Street.   Published by Random House, it was an immediate success and wa followed by he 500 Hats of Bartholomew Cubbins in 1938, followed by The King’s Stilts in 1939, and Horton Hatches the Egg in 1940.  It is amazing to note that during  nine years, Dr. Seuss published 12 children’s books.  When he created The Cat in the Hat it was his reaction to the fact that he thought children were not depicted realistically in school primer books.  He had read an article in Life magazine by John Hershey on the subject.  Dr. Seuss method of writing was to choose  a small set of words from an elementary school vocabulary list, for example, cat, hat.  He then would create the story using those words.  Before 1957 there was a separation between illustrated picture books and illustrated educational books.  Dr. Seuss changed this with the publication of The Cat In The Hat.

Little Golden books began publication in 1942 by Simon and Schuster.  They were inexpensive with high quality stories and  illustrations.  The Pokey Little Puppy, the eighth book in the series was a best seller and has remained the best-selling children’s book of all time.  Many more best sellers followed including: Tootle, Scuffy the Tugboat,  and The Little Red Hen. Many of the illustrators for these books went on to become staples in the picture book industry. 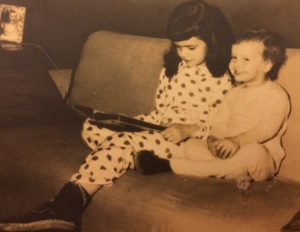 As a child I remember with fond memories my Little Golden books.  I was fascinated with the stories and the pictures.  My first art lesson, so to speak, was from my aunt while she was babysitting me.  She opened the back of the Little Golden book and showed me how to draw a little animal.    I was fascinated! My parents did not read to me as a child or take me to the library but I would entertain myself by looking at the pictures and reading the stories.  When i had children, I read to them regularly and enrolled them in the local library summer reading programs.  I never thought much about this until my mother told me that I was such a good mother to my children for doing this.  She then apologized to me for not reading to me as a child.  She said no one read to her as a child so she did not realize how important it is.

The history of picture books is wide and diverse.  It is interesting to note the changes over the years and how children’s’ literature has changed. The importance of children’s picture books cannot be denied.  It is a for a child their first introduction to art and literature.